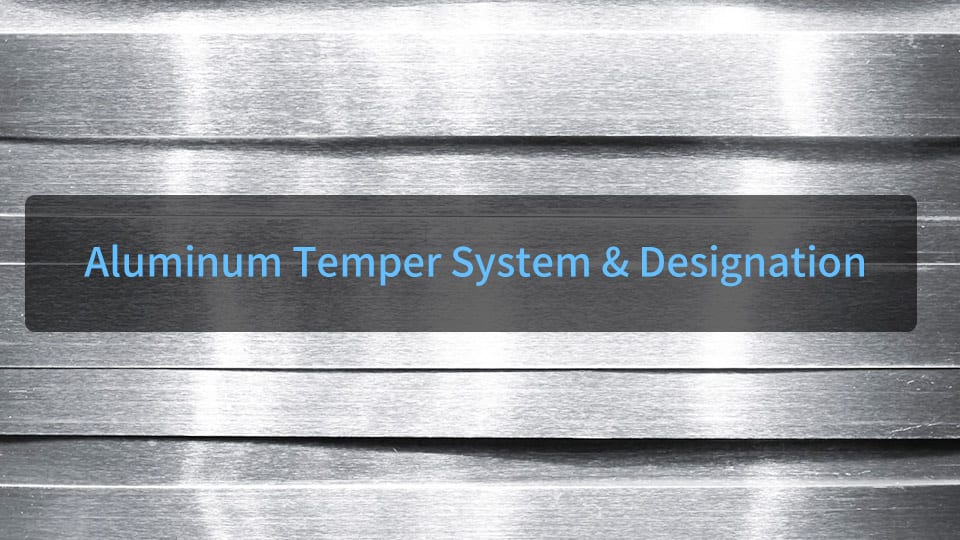 The non-heat treatable alloys acquire their optimum mechanical properties through Strain Hardening. Strain hardening is the method of increasing strength through the application of cold working. The Temper Designation System addresses the material conditions called tempers. The Temper Designation System is an extension of the alloy numbering system and consists of a series of letters and numbers which follow the alloy designation number and are connected by a hyphen. Examples: 6061-T6, 6063-T4, 5052-H32, 5083-H112.

The heat treatable alloys acquire their optimum mechanical properties through a process of thermal treatment, the most common thermal treatments being Solution Heat Treatment and Artificial Aging. Solution Heat Treatment is the process of heating the alloy to an elevated temperature (around 990 Deg. F) in order to put the alloying elements or compounds into solution. This is followed by quenching, usually in water, to produce a supersaturated solution at room temperature. Solution heat treatment is usually followed by aging. Aging is the precipitation of a portion of the elements or compounds from a supersaturated solution in order to yield desirable properties. The aging process is divided into two types: aging at room temperature, which is termed natural aging, and aging at elevated temperatures termed artificial aging. Artificial aging temperatures are typically about 320 Deg. F. Many heat treatable aluminum alloys are used for welding fabrication in their solution heat treated and artificially aged condition.

Aluminum products with specific properties and product forms are identified by specifying both an Alloy and a Temper. There are 5 tempers totally defined by standards document, which are F, O, W, H, T.

There are 2 Tempers, which are H and T are things we should pay attention to. 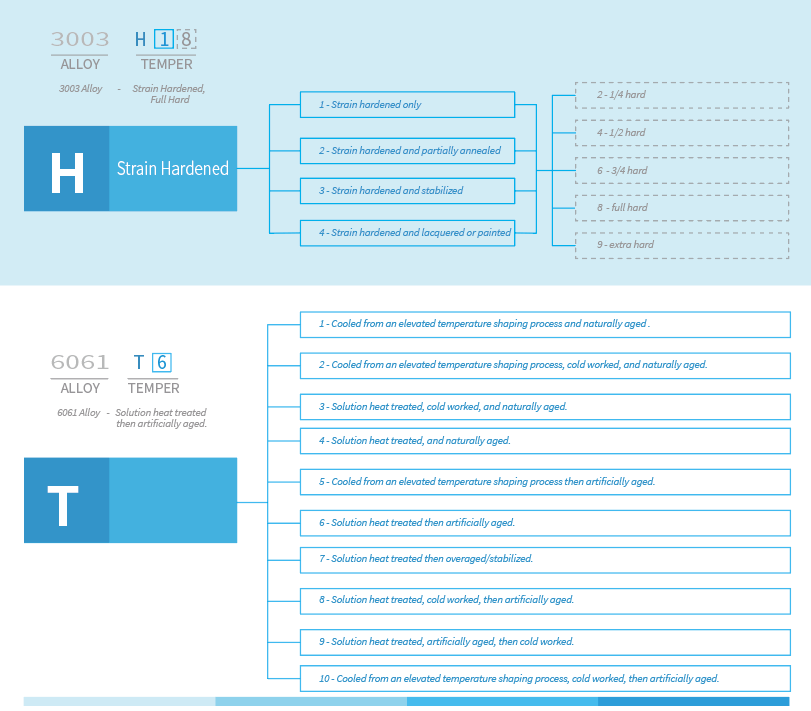